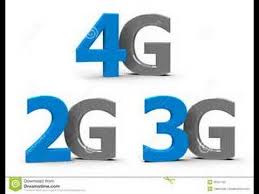 While the terms 4G and LTE are often used together, they are actually separate terms and will be addressed  individually.

4G is somewhat vague, but it refers to fourth generation wireless data speeds which is faster than 3G.

4G is however, faster than that, typically 4.7 Mbps and higher.

LTE simply means  Long Term Evolution and it is the 4G wireless data format currently favored by most wireless carriers. It is theoretically capable of 300 Mbps down and 75 Mbps up, although it is usually limited by the carrier well below that.

In the U.S., Verizon Wireless was the first carrier to aggresively upgrade their network to LTE and still has had the largest LTE network currently available, by far.

While most if not all national wireless carriers now support LTE, when Verizon first began building out LTE several of their competitors were using other 4G technologies such as WIMAX, HSUPA, HSDPA, HSPA, and HSPA+.

The slowest of these competing 4G technologies was around 4.7 MBps, the fastest around 21 MBps, but all were being marketed as 4G and several carriers were claiming to have the largest, fastest, best, or widest 4G network.

Personally if LTE is capable of 300 Mbps, I think of these other standards in the 4.7 – 21 Mbps range as more like 3.5G, but all were being marketed as 4G and Verizon was trying to build Marketing value into their multi-billion dollar LTE investment.

After briefly calling it “true 4G” they started branding it ” 4G LTE ” and trying to differentiate their true 4G LTE data from other 3.5G standards.

It seems to have worked as their competitors all seem to have adopted LTE and I haven’t heard anything about HSPA+ in quite a while.

LTE also seems to have emerged as the 4G standard worldwide, as international carriers are upgrading their GSM and CDMA networks to LTE in over 200 countries worldwid.

Do you need a POS terminal (device)? Click to Chat on WhatsApp