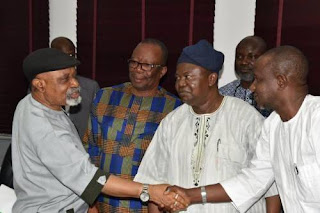 The Academic Union of Universities, has suspended the 3 months old strike embarked on by the union late last year. The union made this disclosure on her official twitter handle. According to ASSU, academic activities will commence with immediate effect.
It was gathered that the union decided to suspend the strike after reaching a consensus with the Federal Government on the meeting held on Thursday, February 7, 2019.
According to ASSU, this action is only a suspension of the strike but not an outright call-off , and the union will not hesitate to embark on another industrial action if the Government reneges on the Memorandum of Agreement.