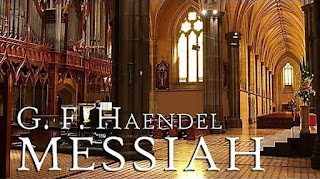 The Lord gave the word, is a piece from Handel’s Oratorio “The Messiah”.
Messiah is an English-language oratorio composed in 1741 by George Frideric Handel, with a scriptural text compiled by Charles Jennens from the King James Bible, and from the Coverdale Psalter, the version of the Psalms included with the Book of Common Prayer.
It was first performed in Dublin on 13 April 1742 and received its London premiere nearly a year later.
After an initially modest public reception, the oratorio gained in popularity, eventually becoming one of the best-known and most frequently performed choral works in Western music.
“The Lord Gave the Word”, is a scriptural verse, taken from Psalm 68:11.
The Lord gave the word: great was the company of those that published it.
This scripture has been fulfilled all through scripture, and even now. While there were great prophets of God who proclaimed “the Word” in the old testament, we see the Lord giving the great commission to the disciples in the new testament, and the descent of the holy Spirit upon them, launched them fully into the proclamation of the word, as they preached without fear, and could stand before the authorities to preach the good news of salvation to them.
Indeed, God has given the word, and great was the company of those that published it, as scripture declares “how beautiful upon the mountains, are the feet of they that bringeth good tidings”.
Watch the video of the song “the Lord gave the Word” by G. F. Handel, and download the mp3 audio below…

VIDEO: Watch the video of the Lord Gave the Word by G.F. Handel below; 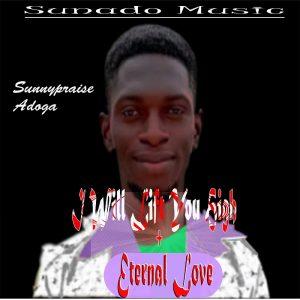 Are You a Classical Music lover, our classical music page, contain the best of classical songs, composed and written by composers like G. F Handel, Bach, Joseph Haydn, etc.