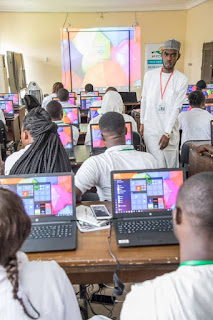 This past week, N-Power Tech Software training (North) commenced!!! Beneficiaries from 19 states across the North gathered to learn Tech software. Follow this thread for a recap of what happened in the past week.The training centres received quite a few visitors in the past week. Director General of the Public Service Institute – Dr. Abdul-Ganiyu Obatoyinbo and Afolabi Imoukhuede

Senior Special Adviser to the President on Job Creation graced the Orientation “service” of the new beneficiaries. 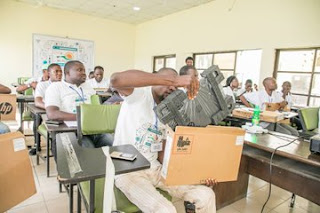 
Ismaeel Ahmed and SA to the President on Tech and Innovation, Ife Adebayo

visited the training campus to speak to both trainers and beneficiaries on the need to give and take all information possible.
Ismaeel Ahmed specifically shared about the different subsets of N-Power and how he believes that the training and upskilling of the beneficiaries will have them leading a much more productive life.
Similarly, Afolabi Imoukhuede  asked beneficiaries to emulate the discipline of President Muhammadu Buhari, whose administration is investing in them as well as emulate Vice President Osinbajo‘s  rigour of academic prowess. 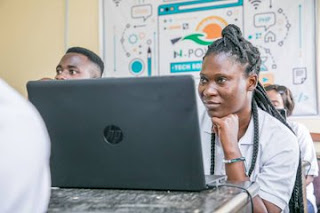 The beneficiaries also received their laptops paid for by the Federal Gov. A thing to note however, is that ownership is not immediately transferred till beneficiaries can show 80% attendance and participation in classes by the end of the training period.