Steve Crown – How I Wrote “You Are Great” 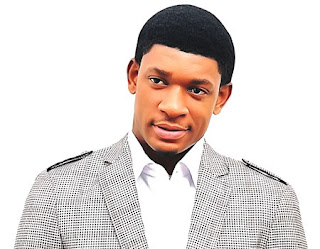 Steve Crown has been in music officially over a period of 2 years now, and he has successfully released may hit tracks, some of which include songs like You are Great, You are Yahweh, We Wait on You, Imela, and others.
In This exclusive interview, Steve Crown talks about how he got the inspiration for the song “You Are Great”.
Recall that Steve Crown’s You are great made lots of waves last two years upon its release.
Steve Crown is probably the hottest gospel singer in the country right now. His hit single, You Are Great is a favourite of lovers of gospel music as well as many church choirs.In this interview, the graduate of Federal Polytechnic, Zamfara State, speaks on the song that has brought him fame, his attempt at being a lawyer and how he handles distractions from the opposite sex. Enjoy it.
Did you start out in the church choir like most gospel artistes?  Yes I did. I believe that for an artiste to grow, you must have a root somewhere. You have to consistently practise your craft, and even for some secular artistes, they learned that consistency in the church choir. But I started singing at home because my mum and dad, as members of the local Anglican Church choir, sang a lot at home. My interest in singing developed right from childhood and I also enjoyed playing the drums as a child, and I diswturbed my parents a lot with my drumming. Despite this, I didn’t start thinking of a career in music as a child, I thought of myself more as a visual artiste. I did paintings of my parents, which were very good and I did tutorials on art. But as you grow, God begins to show you that the path you thought you would take might not be what He planned for you. So from art, I tried to be a lawyer. I have a diploma in law from UNIABUJA. Then, I ventured into studying Office Technology and Management. I still want to read other courses in the future. But now, I am fully into music.
How long have you been in music professionally?One and a half years.
In less than two years, you have one of the biggest gospel songs, how did you do it?How did I come about the hit song, You Are Great? Well, I don’t know if other people do it. But some times, I sit and ask myself questions. I keep trying to find the right answers to them. I ask myself questions on the existence of man. I ask myself how creation, sun, birds, and sea came about. Everything is just perfect. Time and season come and go without failing. I have asked myself questions about miracles. You see someone who had a problem and the problem was solved, just because he called upon Jesus. I wondered about all these mysteries. But the one that makes me wonder the most is God, who created heaven and earth, can we tell who created Him? Okay, that question can run anybody mad. So, for me, I felt that God who we can’t tell who created must be feared. He is just way too much for us to comprehend, and that is how You Are Great came about. Most prophets of old wrote about Him, but there is much more about Him that a human being can describe.
Did you expect the song to be such a huge hit?I released the song with the hope that it would be a blessing to people. I wasn’t looking for any serious attention. Like I told you, I didn’t have any serious plan to go into music. But as God would have it, He orchestrated my life and brought me to this path. And one thing I have noticed is that, when He plans your life, everything falls in place. When God plans your life, you walk in grace and grace means no struggle.Getting you for this interview took some time. You are very busy honouring invitations across the country. You must be making a lot of money…(Laughs) Oh gosh! You see, most gospel ministers shy away from talking money. But we need money to push the gospel. So, yes, I do make a little money from appearances. But not so much money as some people think. When some guys see me on billboards, they would say ‘this guy don hammer’. But it’s not what they think. Most times, I don’t put money first. I am more interested in being a blessing wherever I minister. It is only God that can truly reward anyone. And most of the favours I received or the money I have gotten today is just by people blessing me, saying they appreciate how my songs have blessed their lives.