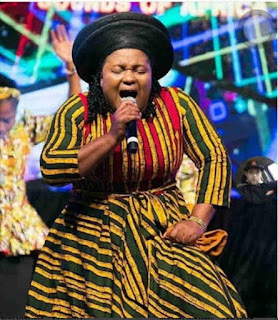 Evangelist Amaka Okwuoha popularly called Chioma Jesus is a female Nigerian gospel artiste and one of the most popular indigenous gospel songwriter from the eastern part of Nigeria.

Chioma Jesus hails from Imo State and she came to limelight through her first song in 2003 titled “Chioma Jesus” Ever since then, her name has been a household name and it has continued to ring a bell in the gospel music world.

Chioma Jesus is best known for using Igbo language to write and sing her songs, occasionally seasoned with English but surprisingly, her first ever song was written in Yoruba language. 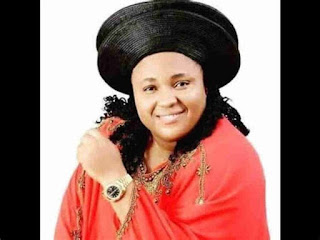 However, her desires and passion is to use her song to win more souls for Christ and to see gospel artistes becoming what God has called them to be.

Amaka Okwuoha was given birth to in a poor community in Lagos state, in the heart of an environment that can be described as underdeveloped. But this didn’t hinder her from developing her God-given talent.

Upload Music
Click here to take a look at our posts on gospel music download
or click this link to see all posts that include gospel music lyrics
You may also like our gospel worship songs page which contains, the best, coolest and hottest Nigerian Gospel Songs, and Foreign Gospel Songs. Whatsoever is the mood, we’ve got you covered.
RELATED  Catholic Daily Reading + Reflection: Sunday, 1 October 2020 - Feast Of All Saints