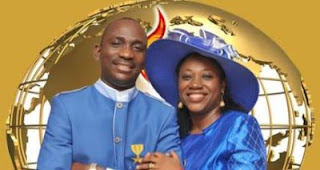 SCRIPTURE: And with Absalom went two hundred men out of Jerusalem,”that were called; and they went in their simplicity, and they knew not anything. 2 Samuel 15″:11.
THOUGHT FOR THE DAY: To follow the people of the world is to die with them.
We live in a generation where people,”especially the youths, are under pressure to socialize or fraternize with many people. And in the course of such socializations or fraternizations, many destinies are lost. Negative societal influence is disastrous to destiny. There are many people who are regretting their current status in life as a result of yielding their lives to the influence of the society. They followed the negative influence of society and were told how to do many things and they agreed; the society told them how to dress, how to look and behave, and they agreed to the detriment of their destinies. When we follow negative societal influence, we jeopardise our destinies. But that will never be your portion, in Jesus’ Name.
Our anchor Scripture makes it clear that two hundred men of Israel followed Absalom, the son of King David in his rebellion and they all perished. Absalom was fighting his father; he wanted to push his father from the throne and take over as king while his father was still alive. So, he mobilized two hundred men of Jerusalem who did not know what was in his mind, and they joined him in his rebellion. They were influenced by Absalom and they perished by that wrong influence. The lesson here is”: to follow the people of the world is to die with them. But I decree that you shall not follow the people of the world and perish like them in Jesus’ Name.
Some time ago,”a man told me that people do not like him. And I told him that even though people don’t like him, I like him. This is because he did not offend me. Even though some people are angry with him, I refused to be influenced by those who are not happy with him. I couldn’t also begin to get angry with him because some people were angry with him. He has not offended me, and no need to be angry with him. I wouldn’t be influenced by people to do what is not correct.
Beloved, do not let anyone recruit you into bitterness. If someone is angry with a person and you don’t know why he is angry with the person, do not allow him to initiate you into his anger.
Remember this”: To follow the people of the world is to die with them.
ASSIGNMENTS:
1. Let the principles of the Word of God be your guiding principles in life and destiny.
2. Refuse to follow the people of the world in doing what they do.
PRAYER: Lord,”I receive the grace to make Your Word the guiding principle of my life. Help me not to be deceived by the world, Lord in Jesus’ Name.
FOR FURTHER UNDERSTANDING, GET THIS MESSAGE”: ENEMIES OF DISTINCTION (PART 6).
QUOTE: You do not belong to the spectator stand of life. You are not destined to be a casual observer. Culled from “BE WISE AND RISE” by Dr Paul Enenche.
AMAZING FACT: Dogs’ sense of smell is about 100,”000 times stronger than humans’, but they have just one-sixth our number of taste buds.
DAILY READING”: Job 16-18.
PROPHETIC WORD: You shall not end like the people of the world in Jesus Name.
Read more SOD devotionals at dunamis.org

You may also like our gospel worship songs page which contains, the best, coolest and hottest Nigerian Gospel Songs, and Foreign Gospel Songs. Whatsoever is the mood, we’ve got you covered.
RELATED  Our Daily Bread (ODB) + Insight, 7 October 2020 - Do We Matter?