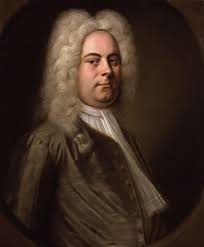 George Frideric(or Frederick) Handel was a German, later British, Baroque composer who spent the bulk of his career in London, becoming well known for his act of classical music compositions.


George Frideric Handel, German (until 1715) Georg Friedrich Händel, Händel also spelled Haendel, (born February 23, 1685, Halle, Brandenburg [Germany]—died April 14, 1759, London, England), German-born English composer of the late Baroque era, noted particularly for his operas, oratorios, and instrumental compositions.
George Frideric Handel composed operas, oratorios and instrumentals. His 1741 work, ‘Messiah,’ is among the most famous oratorios in history.
Sing Unto God, is a piece from Handel’s Oratorio “Judas Maccabeaus”.
Judas Maccabaeus (HWV 63) is a three-act oratory composed in 1746 by George Frideric Handel based on a script written by Thomas Morell. The oratory was devised as a compliment to the victorious Prince William Augustus, Duke of Cumberland upon his return from the Battle of Culloden (April 16, 1746). Other catalogs of Handel’s music have referred to the work as HG xxii; and HHA 1/24.
Morell’s libretto is based on the deuterocanonical (or apocryphal) book 1 Maccabees (2–8), with added motifs from Flavius ​​Josephus’ Antiquitates Judaicae.
The events represented in the oratory are from the period 170-160 BC when Judea was ruled by the Seleucid Empire that promised to destroy the Jewish religion. Upon being ordered to worship Zeus, many Jews obeyed under threat of persecution; However, some did not. One who challenged was the elderly priest Mattathias, who killed a fellow Jew who was about to offer a pagan sacrifice. After tearing down a pagan altar, Mattathias retreated to the hills and gathered others who were willing to fight for their faith.
Handel’s music represents the mood swings of the Jewish people, as their fortunes vary from despondency to glee.
Part 1
People mourn the death of their leader Mattathias, but their son Simon tries to restore their faith and calls them to arms (Arm, Arm, ye Brave). Simon’s brother Judas Maccabaeus assumes the role of leader and inspires people with thoughts of freedom and victory through Jehovah’s power.
Part 2
People have been victorious, but Judas is concerned that vanity will cause people to claim victory for themselves. When the news comes that Seleucid Commander Gorgias is preparing to take revenge, the cheery mood of the people gives way to wailing and dejection (Ah wretched Israel).  Again, Judas gathers the people together (sound an alarm) and insists that pagan altars must be destroyed and false religions must be resisted.
Part 3
Victory was finally achieved for the Jewish people (See the conq’ring hero comes). News comes that Rome is ready to form an alliance with Judas against the Seleucid empire. People rejoice that peace has finally come to their country (Oh, lovely peace).

Click here to take a look at our posts on gospel music download
or click this link to see all posts that include gospel music lyrics
Upload Music
You may also like our gospel worship songs page which contains, the best, coolest and hottest Nigerian Gospel Songs, and Foreign Gospel Songs. Whatsoever is the mood, we’ve got you covered.


Are You a Classical Music lover, our classical music page, contains the best of classical songs, composed and written by composers like G. F Handel, Bach, Joseph Haydn, etc.