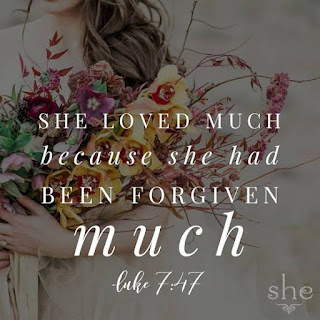 FIRST READING
“So we preached and so you believed.”
A reading from the first Letter of Saint Paul to the Corinthians (I Corinthians 15:1-11)

I would remind you, brethren, in what terms I preached to you the gospel, which you received, in which you stand, by which you are saved, if you hold it fast — unless you believed in vain. For I delivered to you as of first importance what I also received, that Christ died for our sins in accordance with the Scriptures, that he was buried, that he was raised on the third day in accordance with the Scriptures, and that he appeared to Cephas, then to the Twelve. Then he appeared to more than five hundred brethren at one time, most of whom are still alive, though some have fallen asleep. Then he appeared to James, then to all the apostles. Last of all, as to one untimely born, he appeared also to me. For I am the least of the apostles, unfit to be called an apostle, because I persecuted the Church of God. But by the grace of God I am what I am, and his grace towards me was not in vain. On the contrary, I worked harder than any of them, though it was not I, but the grace of God which is with me. Whether then it was I or they, so we preach and so you believed.

ALLELUIA Matthew 11:28
Alleluia. Come to me, all who labour and are heavy laden, and I will give you rest, says the Lord. Alleluia.

MarketSquare: Buy and Sell in Nigeria. Free Online Business Promotion. Create a Free Account Now
GOSPEL
“Her sins, which are many, are forgiven, for she loved much. ”
A reading from the holy Gospel according to Luke (Luke 7:36-50)

At that time: One of the Pharisees asked Jesus to eat with him, and he went into the Pharisee’s house, and sat at table. And behold, a woman of the city, who was a sinner, when she learnt that he was sitting at table in the Pharisee’s house, brought an alabaster flask of ointment, and standing behind him at his feet, weeping, she began to wet his feet with her tears, and wiped them with the hair of her head, and kissed his feet, and anointed them with the ointment. Now when the Pharisee who had invited him saw it, he said to himself, If this man were a prophet, he would have known who and what sort of woman this is who is touching him, for she is a sinner.” And Jesus answering said to him, “Simon; I have something to say to you.” And he answered, “What is it, Teacher?” “A certain creditor had two debtors; one owed five hundred denarii, and the other fifty. When they could not pay, he forgave them both. Now which of them will love him more?” Simon answered, “The one, I suppose, to whom he forgave more.” And he said to him, “You have judged rightly.” Then turning towards the woman he said to Simon, “Do you see this woman? I entered your house, you gave me no water for my feet, but she has wet my feet with her tears and wiped them with her hair. You gave me no kiss, but from the time I came in she has not ceased to kiss my feet. You did not anoint my head with oil, but she has anointed my feet with ointment. Therefore I tell you, her sins, which are many, are forgiven, for she loved much; but he who is forgiven little, loves little.” And he said to her, “Your sins are forgiven.” Then those who were at table with him began to say among themselves, “Who is this, who even forgives sins?” And he said to the woman, “Your faith has saved you; go in peace.”

Today’s Reflection
It is easy to find fault, but very difficult to do good. Are there people we avoid or refuse to associate with because of public labelling? Do we hold others in contempt? Do we presume ourselves holier than others? In the gospel today, Jesus breaks this barrier of self-righteousness and calls us to live differently. People are to be loved, and the Lord extends God’s love to the woman who wipes his feet with her tears of repentance. She was pouring her love for God with a passion the Pharisees could hardly understand. Jesus tenderly accepts her love offering and assures her of forgiveness. The humble and contrite heart, the Lord will not reject.