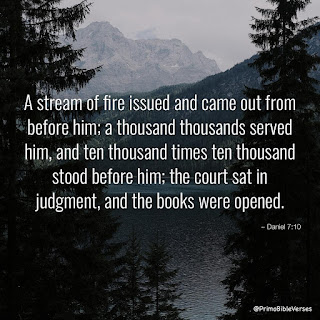 
Today we celebrate the feast of the three archangels who are mentioned in the Bible by name: Michael, the protector of the people of God, Gabriel, the messenger of good news and Raphael, the healer in the book of Tobit. This feast recalls the dedication of the Basilica of Saint Michael the Archangel in Rome in the fifth century.

Entrance Antiphon cf. Ps 103:20
Bless the Lord, all you his angels, mighty in power, fulfilling his word, and heeding his voice.

O God, who dispose in marvellous order ministries both angelic and human, graciously grant, that our life on earth may be defended by those who watch over us as they minister perpetually to you in heaven. Through our Lord…

A thousand thousands served him.
A reading from the Book of the Prophet Daniel (Daniel 7:9-10.13-14)

As I looked, thrones were placed and one that was ancient of days took his seat; his clothing was white as snow, and the hair of his head like pure wool; his throne was fiery flames, its wheels were burning fire. A stream of fire issued and came forth from before him; a thousand thousands served him, and ten thousand times ten thousands stood before him; the court sat in judgement, and the books were opened. I saw in the night visions, and behold, with the clouds of heaven there came one like a son of man, and he came to the Ancient of Days and was presented before him. And to him was given dominion and glory and kingdom, that all peoples, nations, and languages should serve him; his dominion is an everlasting dominion, which shall not pass away, and his kingdom one that shall not be destroyed.

Michael and his angels were fighting against the dragon.
A reading from the Book of Revelation (Revelation 12:7-12a)

War arose in heaven, Michael and his angels fighting against the dragon; and the dragon and his angels fought, but they were defeated and there was no longer any place for them in heaven. And the great dragon was thrown down, that ancient serpent, who is called the Devil and Satan, the deceiver of the whole world — he was thrown down to the earth, and his angels were thrown down with him. And I heard a loud voice in heaven, saying, “Now the salvation and the power and the kingdom of our God and the authority of his Christ have come, for the accuser of our brethren has been thrown down, who accuses them day and night before our God. And they have conquered him by the blood of the Lamb and by the word of their testimony, for they loved not their lives even unto death. Rejoice then, O heaven and you that dwell there in!”

R/. In the presence of the angels I praise you, O Lord.

I thank you, Lord, with all my heart;
you have heard the words of my mouth.
In the presence of the angels I praise you.
I bow down towards your holy temple. R.

I give thanks to your name
for your merciful love and your faithfulness.
You have exalted your name and your promise overall.
On the day I called, you answered me;
you increased the strength of my soul. R.

All earth’s kings shall thank you, O Lord,
when they hear the words of your mouth.
They shall sing of the ways of the Lord,
How great is the glory of the Lord!” R.

Alleluia. Bless the Lord, all you his hosts, his ministers that do his will. Alleluia.

You will see the angels of God ascending and descending upon the Son of man.
A reading from the holy Gospel according to John (John 1:47-51)

At that time: Jesus saw Nathanael coming to him, and said of him, “Behold, an Israelite indeed, in whom is no guile!” Nathanael said to him, “How do you know me?” Jesus answered him, “Before Philip called you, when you were under the fig tree, I saw you.” Nathanael answered him, “Rabbi, you are the Son of God! You are the King of Israel!” Jesus answered him, “Because I said to you, I saw you under the fig tree, do you believe? You shall see greater things than these.” And he said to him, “Truly, truly, I say to you, you will see heaven opened, and the angels of God ascending and descending upon the Son of man.”

Today the church celebrates the archangels, Saints Michael, Gabriel and Raphael. Who are they and why do we celebrate them? They are the unseen and unsoiled spirits poised at God’s command. Michael means “God’s healing.” We remember Archangel Michael who battles Satan to affirm God’s supremacy. We remember Gabriel who delivered the good news to Mary. We remember Raphael for his work as a healer in the home of Tobit. We never walk alone; we are surrounded by millions of angels!