By faith in the name of Jesus, this man whom you see and know was made strong. Acts 3:16

Author Mark Twain suggested that whatever we look at in life—and how we see it—can influence our next steps, even our destiny. As Twain said, “You can’t depend on your eyes when your imagination is out of focus.”

Peter too spoke of vision when he replied to a lame beggar, a man whom he and John encountered at the busy temple gate called Beautiful (Acts 3:2). As the man asked them for money, Peter and John looked directly at the man. “Then Peter said, ‘Look at us!’ ” (v. 4).

As Peter told him, “Silver or gold I do not have, but what I do have I give you. In the name of Jesus Christ of Nazareth, walk” (v. 6). Then Peter “helped him up, and instantly the man’s feet and ankles became strong. He jumped to his feet and began to walk” and give praise (vv. 7–8).

What happened? The man had faith in God (v. 16). As evangelist Charles Spurgeon urged, “Keep your eye simply on Him.” When we do, we don’t see obstacles. We see God, the One who makes our way clear.


What are you focused on instead of God? With refocused faith, what could you see in Him for your life?

Heavenly Father, when my eyes wander from You, focus my gaze on Your unlimited power. 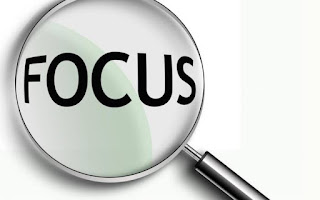