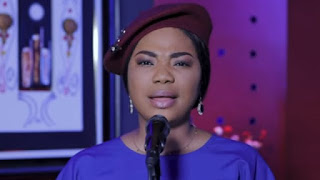 Mercy Chinwo became involved in music at a very young age, being a member of her church’s children’s choir and transitioning to the adult choir before launching her musical career.


The artiste is a Nigerian gospel musician and songwriter, who has been in the acting career, and won the Nigerian Idol in 2012. A year after her victory, she landed a film role in Yvonne Nelson’s movie, titled “House of Gold”, where she featured along other celebrities like Majid Michel, Omawumi, and Yvonne Nelson herself.

Below, is a list of all songs, by Mercy Chinow. The “Excess Love” crooner has released a couple of albums and singles. As at this time 2020, she has two albums, and a handful of singles to her name.
Download all Mercy Chinwo’s list of songs, mp3, lyrics and videos below;