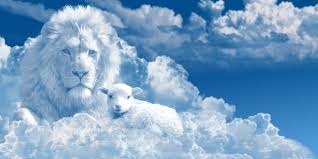 He Won’t Let Us Go

By Marvin Williams for ODB

I give them eternal life, and they shall never perish; no one will snatch them out of my hand.

Julio was biking across the George Washington Bridge—a busy, double-decked thoroughfare connecting New York City and New Jersey—when he encountered a life-or-death situation. A man was standing on a ledge over the Hudson River preparing to jump. Knowing that the police wouldn’t arrive in time, Julio acted quickly. He recalls getting off his bike and spreading out his arms, saying something like: “Don’t do it. We love you.” Then, like a shepherd with a crook, he grabbed the distraught man, and with the help of another passerby, brought him to safety. According to reports, Julio wouldn’t let go of the man, even after he was safe.

Two millennia earlier, in a life-or-death situation, Jesus, the Good Shepherd, said He would lay down His life to save and never let go of those who believed in Him. He summarized how He would bless His sheep: they would know Him personally, have the gift of eternal life, would never perish, and would be secure in His care. This security didn’t depend on the ability of the frail and feeble sheep, but on the sufficiency of the Shepherd who’ll never let one be snatched “out of [His] hand” (John 10:28–29).

When we were distraught and feeling hopeless, Jesus rescued us; now we can feel safe and secure in our relationship with Him. He loves us, pursues us, finds us, saves us, and promises to never let us go.

What makes you feel insecure in your relationship with Jesus? How do you feel knowing that your security in Him depends on His sufficiency and not your weakness?

The Festival of Dedication, also known as Hanukkah or the Feast of Lights, celebrates the rededication of the temple in 164 bc after it had been desecrated by the Seleucid ruler Antiochus IV Epiphanes in 167 bc. It’s in this context that Jesus says, “I and the Father are one” (John 10:30), which recalls the central belief of Judaism known as the shema, “The Lord our God, the Lord is one” (Deuteronomy 6:4). By recalling the shema, Jesus identifies Himself with the God of Israel. For Jesus to be one with the Father is nothing less than a claim to deity.