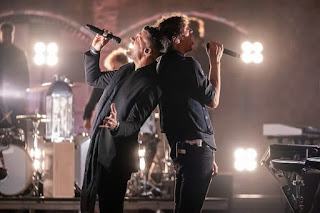 Winners of the 51st Annual GMA Dove Award were announced during a special Facebook broadcast of the pre-telecast awards presentation, which aired on October 29. Under the motto “Carry The Change,” the show celebrated the diversity of gospel music and promoted unity through dynamic performances and testimonials.

Artist of the year:for KING & COUNTRY

Songwriter of the year – artist:Zach Williams

New artist of the year:We The Kingdom

Bluegrass/country/roots recorded song of the year:

Inspirational recorded song of the year:“Yet Not I But Through Christ In Me,” SelahWriters: Michael Farren, Rich Thompson, Jonny Robinson

RELATED  Buhari Praises Osinbajo for Going Ahead with Campaign Despite Crash

Southern gospel recorded song of the year:“The Power of an Empty Tomb,” The ErwinsWriter: Joel Lindsey