Catholic Daily Reading + Reflection: 17 December 2020 – The Scepter Shall Not Depart + The Genealogy Of Jesus 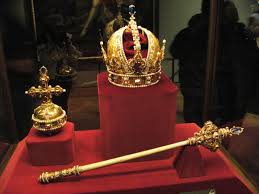 A reading from the Book of Genesis (Genesis 49:2.8-10)
“The sceptre shall not depart from Judah.”

In those days: Jacob called his sons, and said, “Assemble and hear, O sons of Jacob, and hearken to Israel your father. “Judah, your brothers shall praise you; your hand shall be on the neck of your enemies; your father’s sons shall bow down before you. Judah is a lion’s whelp; from the prey, my son, you have gone up. He stooped down, he lurked as a lion, and as a lioness; who dares rouse him up? The sceptre shall not depart from Judah, nor the ruler’s staff from between his feet, until he comes to whom it belongs; and to him shall be the obedience of the peoples.”

R/. In his days shall justice flourish, and great peace forever.

O God, give your judgement to the king,
to a king’s son your justice,
that he may judge your people in justice,
and your poor in right judgement. R

May the mountains bring forth
peace for the people, and the hills justice.
May he defend the poor of the people,
and save the children of the needy. R

In his days shall justice flourish,
and great peace till the moon is no more.
He shall rule from sea to sea,
from the River to the bounds of the earth. R

May his name endure forever,
his name continue like the sun.
Every tribe shall be blest in him,
all nations shall call him blessed. R

Alleluia. Alleluia. Come, O wisdom of the Most High! You order all things with gentle power:
come and teach us the way of prudence.
Alleluia.

The beginning of the holy Gospel according to Matthew (Matthew 1 : 1-17)
The genealogy of Jesus Christ, the son of David.

Right from the beginning, after the fall of man, God had a plan for his salvation. That plan found its fulfilment in Jesus. The most joyous thing is that everyone is covered in that plan; the genealogy of Jesus in the Gospel of Matthew tells us as much. That account made mention of both saints and sinners as well as the strong and the weak of the society. Nobody is indeed excluded and no one is destined to perish (2 Pet 3:9) except the one who chose to get lost (cf Jn 17:12). Are you going to make that choice too? May it never be your portion to get lost – through Christ our Lord. Amen