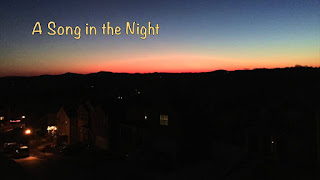 A Song in the Night

By Glenn Packiam for ODB

The Lord is compassionate and gracious, slow to anger, abounding in love.

(adsbygoogle = window.adsbygoogle || []).push({});
The sun had long set when our electrical power suddenly went out. I was at home with our two younger children, and this was their first time experiencing a power outage. After verifying that the utility company knew about the outage, I located some candles, and the kids and I huddled together in the kitchen around the flickering flames. They seemed nervous and unsettled, so we began to sing. Soon the concerned looks on their faces were replaced with smiles. Sometimes in our darkest moments we need a song.
(adsbygoogle = window.adsbygoogle || []).push({});
Psalm 103 may be one of the psalms prayed or sung after the people of God had returned from exile to a homeland that had been laid waste. In a moment of crisis, they needed to sing. But not just any song, they needed to sing about who God is and what He does. Psalm 103 also helps us remember that He’s compassionate, merciful, patient, and full of faithful love (v. 8). And in case we wonder if the judgment for our sin still hangs over our heads, the psalm announces that God isn’t angry, He has forgiven, and He feels compassion. These are good things to sing about during the dark nights of our lives.

Maybe that’s where you find yourself—in a dark and difficult place, wondering if God really is good, questioning His love for you. If so, pray and sing to the One who abounds in love!

How might God’s saving acts in Jesus give you a better picture of what He’s like? How does He view you?

Dear Jesus, help me to see the love of God revealed in Your life, death, and resurrection. Lift up my weary head that I might sing of Your goodness and faithfulness.