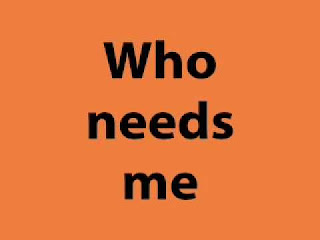 By Mike Wittmer for ODB

When you get there, anoint Hazael king over Aram.

While on a red-eye flight to Washington, DC, opinion writer Arthur Brooks overheard an elderly woman whisper to her husband, “It’s not true that no one needs you anymore.” The man murmured something about wishing he were dead, and his wife replied, “Oh, stop saying that.” When the flight ended, Brooks turned around and immediately recognized the man. He was a world-famous hero. Other passengers shook his hand, and the pilot thanked him for the courage he displayed decades ago. How had this giant sunk into despair?

The prophet Elijah bravely and single-handedly defeated 450 prophets of Baal—or so he thought (1 Kings 18). Yet he hadn’t really done it alone; God was there all along! But later, feeling all alone, he asked God to take his life.

God lifted Elijah’s spirits by bringing him into His presence and giving him new people to serve. He must go and “anoint Hazael king over Aram,” Jehu “king over Israel,” and Elisha “to succeed you as prophet” (19:15–16). Invigorated with renewed purpose, Elijah found and mentored his successor.

Your great victories may lie in the rearview mirror. You may feel your life has peaked, or that it never did. No matter. Look around. The battles may seem smaller, the stakes less profound, but there are still others who need you. Serve them well for Jesus’ sake, and it will count. They’re your purpose—the reason you’re still here.

Who can you serve today for Christ? Why is it so vital for you to reach out to others with God’s love?

Holy Spirit, open my eyes to those I can serve for Jesus’ sake.

When God tells Elijah that He’s reserved seven thousand people in Israel who remain loyal to Him (1 Kings 19:18), He corrects Elijah’s misunderstanding that he’s the only one left who truly worships God (18:22; 19:10, 14). Some scholars view seven thousand as symbolizing fullness. In spite of the opposition of the wicked Israelite king Ahab and his wife Jezebel, God had preserved a godly remnant. The notion of a remnant preserved by God is seen with Noah’s family (Genesis 6–9), with the survivors of military sieges (2 Kings 19:4, 30–31), and within the exile (Isaiah 10:20–22; 11:16; 46:3). For the apostle Paul, Jewish believers in Jesus now constitute a faithful remnant that fulfills the claim of 1 Kings 19:18 (Romans 11:2–5).