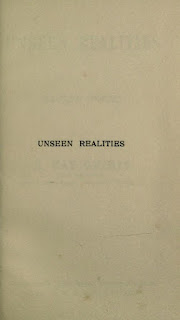 By Amy Peterson for ODB

Our struggle is not against flesh and blood, but . . . against the spiritual forces of evil in the heavenly realms. In 1876, men drilling for coal in central Indiana thought they had found the gates of hell. Historian John Barlow Martin reports that at six hundred feet, “foul fumes issued forth amid awesome noises.” Afraid they had “bitten into the roof of the devil’s cave,” the miners plugged the well and scurried back to their homes.

The miners, of course, were mistaken—and some years later, they would drill again and be rich in natural gas. Even though they were mistaken, I find myself a little jealous of them. These miners lived with an awareness of the spiritual world that is often missing from my own life. It’s easy for me to live as if the supernatural and the natural rarely intersect and to forget that “our struggle is not against flesh and blood, but . . . against the spiritual forces of evil in the heavenly realms” (Ephesians 6:12).

When we see evil winning in our world, we shouldn’t give in or try to fight it in our own strength. Instead, we’re to resist evil by putting on “the full armor of God” (vv. 13–18). Studying Scripture, meeting regularly with other believers for encouragement, and making choices with the good of others in mind can help us “stand against the devil’s schemes” (v. 11). Equipped by the Holy Spirit, we can stand firm in the face of anything (v. 13).

How can you cultivate an awareness of the reality of the spiritual world? Is God calling you to “put on” some part of the “armor” Paul describes? What might that look like today?

Help me to remember, God, to walk and serve by faith and in Your power.

In Paul’s day, Roman soldiers would carry a large wooden shield covered in leather in battle, wetting the leather to extinguish any fire-tipped arrows fired from the opposing side. In battle, the first row of soldiers would carry their shields in front, while the rows behind would hold their shields above their heads, effectively protecting the unit from nearly all incoming threats. This was called a testudo (or tortoise) formation because it resembled a tortoise shell.

In Ephesians 6:10–20, Paul subtly inverts this military image to describe believers’ resistance to evil forces. Paul relies on imagery from Isaiah 59:17, which describes God’s righteousness in restoring His exiled people. The metaphor reveals that the only way for believers to stand firm against evil is through continual reliance on “the Lord and . . . his mighty power” (Ephesians 6:10).