Moving At The Speed Of Jesus – Our Daily Bread ODB Devotional, 3 January 2021 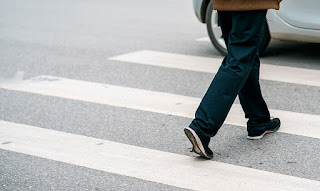 Moving at the Speed of Jesus

By Adam R. Holz for ODB

“Lord,” Martha said to Jesus, “if you had been here, my brother would not have died.”

Recently, my car needed work. The mechanic’s shop was close, a mile from my home. So I decided to just walk home. But as I shuffled along next to a bustling thoroughfare, I noticed something: Everyone else was moving so fast.

This isn’t rocket science. Cars go faster than pedestrians. Zip, zip, zip! As I ambled home, I had a realization: We’re so used to moving fast. All the time. Then, another realization: I often expect God to move just as quickly. I want His plans to fit my speedy timetable.

When Jesus lived on earth, His seemingly slow pace sometimes disappointed His friends. In John 11, Mary and Martha sent word that their brother, Lazarus, was sick. They knew Jesus could help (vv. 1–3). But He arrived some four days later (v. 17), after Lazarus had died. “ ‘Lord,’ Martha said to Jesus, ‘if you had been here, my brother would not have died’ ” (v. 21). Translation: Jesus didn’t move fast enough. But He had bigger plans: raising Lazarus from the dead (vv. 38–44).

Can you relate to Martha’s desperation? I can. Sometimes, I long for Jesus to move more quickly to answer a prayer. Sometimes, it seems like He’s late. But Jesus’ sovereign schedule is different from ours. He accomplishes His saving work on His timetable, not ours. And the ultimate outcome displays His glory and goodness in ways that are so much greater than our plans.

When have you been disappointed that Jesus seemingly didn’t answer a prayer, only to realize He was accomplishing something bigger? How did that realization affect your perception of God and His sovereignty?

Father, sometimes I get so impatient. Help me to trust in Your perfect timing and to cling to Your goodness in faith.