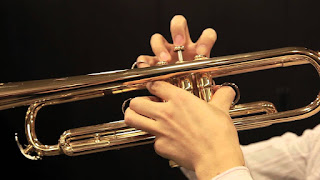 By Lisa M. Samra for ODB

At your times of rejoicing—your appointed festivals and New Moon feasts—you are to sound the trumpets.

“Taps” is a trumpet call played by the US military at the end of the day as well as at funerals. I was amazed when I read the unofficial lyrics and discovered that many of the verses end with the phrase “God is nigh” (God is near). Whether before the dark of each night settles in or while mourning the loss of a loved one, the lyrics offer soldiers the beautiful assurance that God is near.

In the Old Testament, trumpets were also a reminder to the Israelites that God was near. In the middle of celebrating the feasts and festivals that were part of the covenant agreement between God and the nation of Israel, the Jews were to “sound the trumpets” (Numbers 10:10). Blowing a trumpet was a reminder not only of God’s presence but also that He was available when they needed Him most—and He longed to help them.

Today, we still need reminders that God is near. And in our own style of worship, we too can call out to God in prayer and song. Perhaps our prayers can be thought of as trumpets asking God to help us. And the beautiful encouragement is that God always hears those calls (1 Peter 3:12). To each of our pleas, He responds with the assurance of His presence that strengthens and comforts us in the difficulties and sorrows of life.
v

When have your prayers felt like calls for help? How does the reminder that God listens to our prayers encourage you?

Heavenly Father, thank You that You respond to my call for help and assure me of Your powerful presence and love.

You May Like: Blow The Trumpet In Zion Lyrics – Gaither Vocal Band, Ernie Haase, Signature Sound

The description of the trumpets in Numbers 10:1–10 marks a significant transition for the Israelites. After spending eleven months camped at Sinai where they received direction and instruction from God, they were now to continue their journey to Canaan, the land God promised to Abraham for his descendants (Genesis 17:8). They were to use the trumpets to call “the community together and for having the camps set out” (Numbers 10:2).

Throughout Israel’s history, trumpets and other instruments, such as animal horns, were used for various reasons: to signal movement, in war, to call the Israelites to assemble, and to mark festivals. For example, trumpets were used when the Israelites moved the ark of the covenant (1 Chronicles 13:7–8; 15:24) and when they dedicated and purified the temple (2 Chronicles 5:12–13; 29:26). The ark and temple were where God dwelt and met with the Israelite priests, and where He communicated with His people.