Catholic Daily Reading + Reflection: 4 February 2021 – He Began to Send Them Out Two by Two 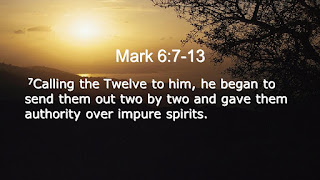 APOSTOLIC NUNCIO TO NIGERIA:
Tomorrow is the 10th Anniversary of the Episcopal Ordination of Most Revd Antonio G. Filipazzi, 5th February, 2011. 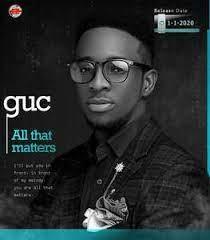 Brethren: You have not come to what may be touched, a blazing fire, and darkness, and gloom, and a tempest, and the sound of a trumpet, and a voice whose words made the hearers entreat that no further messages be spoken to them. Indeed so terrifying was the sight that Moses said, “I tremble with fear.” But you have come to Mount Zion and to the city of the living God, the heavenly Jerusalem, and to innumerable angels in festal gathering, and to the assembly of the first-born who are enrolled in heaven, and to a judge who is God of all, and to the spirits of just men made perfect, and to Jesus, the mediator of a new covenant, and to the sprinkled blood that speaks more graciously than the blood of Abel.

R. We have received your mercy, O Lord,
in the midst of your temple.

Great is the Lord and highly to be praised
in the city of our God.
His holy mountain rises in beauty,
the joy of all the earth. R.


Mount Sion, in the heart of the North,
the city of the Mighty King!
God, in the midst of its citadels,
has shown himself its stronghold. R.

R. We have received your mercy, O Lord,
in the midst of your temple.

Your merciful love, O God,
we ponder in your temple.
Your praise, O God, like your name,
reaches the ends of the earth.
Your right hand is filled with saving justice. R.

Alleluia. The kingdom of God is at hand; repent, and believe in the Gospel. Alleluia.

At that time: Jesus called to him the Twelve, and began to send them out two by two, and gave them authority over the unclean spirits. He charged them to take nothing for their journey except a staff; no bread, no bag, no money in their belts; but to wear sandals and not put on two tunics. And he said to them, “Where you enter a house, stay there until you leave the place. And if any place will not receive you and they refuse to hear you, when you leave, shake off the dust that is on your feet for a testimony against them.” So they went out and preached that men should repent. And they cast out many demons, and anointed with oil many that were sick and healed them.

To run an effective ministry, Jesus selects a team of twelve that we call apostles. An apostle is an apprentice who learns the master’s trade. The apostle or apprentice is expected to, after the completion of his/her training, to be proficient in the master’s trade. Jesus selected twelve men for this apprenticeship so that they continue his works when he might have left. Thus he built the foundation of Christianity. He gave them authority over evil spirits, the major enemy of the children of God. He set them forth on a mission and forbade them to take anything, even a purse or spare clothes, they were allowed only a staff. Why? Because, apostleship demands a life of sacrifice, commitment, and determination, and as the new apostles of today, we should be focused in the purpose of our life, determined in our faith and works and eager to make sacrifice.

So stand ready, with truth as a belt tight round your waist, with righteousness as your breastplate. Ephesians 6:14

-Every form of fear used by the devil to torment my life, be destroyed in Jesus name.

-Every covenant, network, evil link, doors, windows giving the devil the opportunity to torment my life be cancelled now in the name of Jesus.

My Jesus, I believe that you are present in the Most Holy Sacrament. I love you above all things, and I desire to receive you into my soul. Since I cannot at this moment receive you sacramentally, come at least spiritually into my heart. I embrace you as being already there and unite myself wholly to you. Never permit me to be separated from you. Amen.