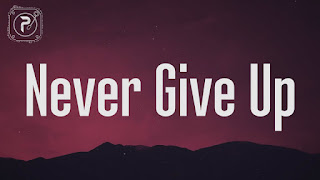 Keep this Book of the Law always on your lips.

“Time went by. War came in.” That’s how Bishop Semi Nigo of the Keliko people of South Sudan described delays in his church’s long struggle to get the Bible in their own language. Not one word, in fact, had ever been printed in the Keliko language. Decades earlier, Bishop Nigo’s grandfather had courageously started a Bible translation project, but war and unrest kept halting the effort. Yet, despite repeated attacks on their refugee camps in northern Uganda and the Democratic Republic of the Congo, the bishop and fellow believers kept the project alive.

Their persistence paid off. After nearly three decades, the New Testament Bible in Keliko was delivered to the refugees in a rousing celebration. “The motivation of the Keliko is beyond words,” said one project consultant.

The commitment of the Keliko reflects the perseverance God asked of Joshua. As God told him, “Keep this Book of the Law always on your lips; meditate on it day and night, so that you may be careful to do everything written in it. Then you will be prosperous and successful” (Joshua 1:8). With equal persistence, the Keliko pursued the translation of Scripture. Now, “when you see them in the camps, they are smiling,” said one translator. Hearing and understanding the Bible “gives them hope.” Like the Keliko people, may we never give up seeking the power and wisdom of Scripture.

What will help you persist in reading Scripture? How could another person help you better understand it?

Loving God, stir up in me a greater hunger to seek, study, and know the Bible, never giving up my quest to understand Your wisdom.

The writer of Lamentations isn’t named, but there are reasons to believe that Jeremiah wrote this book. Having prophesied for some forty-seven years (627–580 bc) to a disobedient, disbelieving Judah, Jeremiah writes as an eyewitness, lamenting the destruction and devastation of Jerusalem at the hands of the Babylonian army. For two years (588–586 bc), Nebuchadnezzar besieged Jerusalem. Second Kings 25:1–4 tells of the desperate conditions within the besieged city. Jeremiah witnessed the eventual destruction of the city and temple (Jeremiah 52:12–27). In Lamentations, in five emotionally charged dirges or funeral laments, the prophet describes the sufferings of the people and the reasons for them. But he also writes of their hope in the midst of despair. God, who rightly judged their unfaithfulness, is still the God of hope, compassion, faithfulness, and salvation (Lamentations 3:21–33).