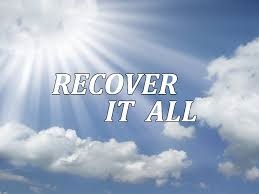 But David found strength in the Lord his God.

At the phone store, the young pastor steeled himself for bad news. His smartphone, accidentally dropped during our Bible class, was a total loss, right? Actually, no. The store clerk recovered all of the pastor’s data, including his Bible videos and photos. She also recovered “every photo I’d ever deleted,” he said. The store also “replaced my broken phone with a brand-new phone.” As he said, “I recovered all I had lost and more.”

David once led his own recovery mission after an attack by the vicious Amalekites. Spurned by Philistine rulers, David and his army discovered the Amalekites had raided and burned down their town of Ziklag—taking captive “the women and everyone else in it,” including all their wives and children (1 Samuel 30:2–3). “So David and his men wept aloud until they had no strength left to weep” (v. 4). The soldiers were so bitter with their leader David that they talked of “stoning him” (v. 6).


“But David found strength in the Lord his God” (v. 6). As God promised, David pursued the Amalekites and “recovered everything the Amalekites had taken . . . . Nothing was missing: young or old, boy or girl, plunder or anything else they had taken. David brought everything back” (vv. 18–19). As we face spiritual attacks that “rob” us even of hope, may we find renewed strength in God. He will be with us in every challenge of life.

What spiritual attacks or life loss are you experiencing? Turning from your despair to God, how will you find renewed strength in Him?

God, help me to find hope in You even as I face life’s challenges.