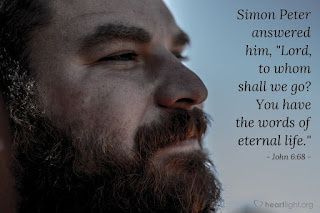 IJEBU-ODE: Tomorrow is the 2nd Anniversary of the episcopal ordination of Most Revd F.O. Adesina, 24th, April 2019

Entrance Antiphon Col 2:12
You have been buried with Christ in baptism, through which you also rose again by faith in the working of God, who raised him from the dead, alleluia.

Collect
O God, who in the font of Baptism have made new those who believe in you, keep safe those reborn in Christ, that defeating every onslaught of error, they may faithfully preserve the grace of your blessing. Through our Lord…

FIRST READING
“The Church was built up,’ and in the comfort of the Holy Spirit it was multiplied ”
A reading from the Acts of the Apostles (Acts 9:31-42)

In those days: The Church throughout all Judea and Galilee and Samaria had peace and was built up; and walking in the fear of the Lord and in the comfort of the Holy Spirit it was multiplied. Now as Peter went here and there among them all, he came down also to the saints that lived at Lydda. There he found a man named Aeneas, who had been bedridden for eight years and was paralyzed. And Peter said to him, “Aeneas, Jesus Christ heals you; rise and make your bed.” And immediately he rose. And all the residents of Lydda and Sharon saw him, and they turned to the Lord. Now there was at Joppa a disciple named Tabitha, which means Dorcas or Gazelle. She was full of good works and acts of charity. In those days she fell sick and died; and when they had washed her, they laid her in an upper room. Since Lydda was near Joppa, the disciples, hearing that Peter was there, sent two men to him entreating him, “Please come to us without delay.” So Peter rose and went with them. And when he had come, they took him to the upper room. All the widows stood beside him weeping, and showing coats and garments which Dorcas made while she was with them. But Peter put them all outside and knelt down and prayed; then turning to the body he said, “Tabitha, rise.” And she opened her eyes, and when she saw Peter she sat up. And he gave her his hand and lifted her up. Then calling the saints and widows he presented her alive. And it became known throughout all Joppa, and many believed in the Lord.

How can I repay the Lord
for all his goodness to me?
The cup of salvation I will raise;
I will call on the name of the Lord. R.

My vows to the Lord I will fulfil
before all his people.
How precious in the eyes of the Lord
is the death of his faithful. R.

Your servant, Lord, your servant am I,
the son of your handmaid;
you have loosened my bonds.
A thanksgiving sacrifice I make;
I will call on the name of the Lord. R

ALLELUIA John 6:63c, 68c
Alleluia. Your words, Lord, are Spirit and life; you have the words of eternal life. Alleluia.

GOSPEL
“To whom shall we go? You have the words of eternal life. ”
A reading from the holy Gospel according to John (John 6: 60-69)

At that time: Many of the disciples of Jesus said, “This is a hard saying; who can listen to it?” But Jesus, knowing in himself that his disciples murmured at it, said to them, “Do you take offence at this? Then what if you were to see the Son of man ascending where he was before? It is the spirit that gives life, the flesh is of no avail; the words that I have spoken to you are spirit and life. But there are some of you that do not believe.” For Jesus knew from the first who those were that did not believe, and who it was that would betray him. And he said, “This is why I told you that no one can come to me unless it is granted him by the Father.” After this many of his disciples drew back and no longer walked with him. Jesus said to the Twelve, “Will you also go away?” Simon Peter answered him, “Lord, to whom shall we go? You have the words of eternal life; and we have believed, and have come to know, that you are the Holy One of God.”

The Gospel of the Lord

The words of Peter in response to Jesus when he asked if the twelve disciples would also walk away calls for some deep reflection. “Lord, to whom shall we go?” When it comes to God, do we really have a choice? Is there an alternative to God?

If we don’t find salvation from following God as his children and walking in his ways, where else can we find salvation for our souls? Do we turn to man or to science or to technology? Are there better gods out there than the One True God who created the heavens and the earth? If we do not find God’s words as palatable as we desire and decide to throw the Bible aside, where else can we turn to?

That which we are looking for by coming to God is something which only God can provide. Our walk with God cannot be smooth all the time, there will definitely be rock-bottom moments, things would surely happen against our will and there would be times God would require very painful choices from us. Yes, we would be tempted to walk away again and again. You may be going through a very tough time right now, your faith may have been shattered by scandal; things may be happening that you just don’t understand but I beg you, don’t give up on God. Do not walk away. Don’t drop that cross.