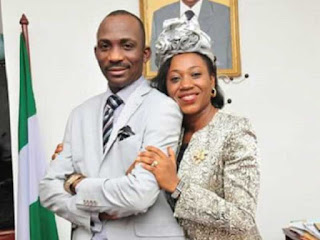 The secret things belong unto the Lord our God: but those things which are revealed belong unto us and to our children forever, that we may do all the words of this law. Deuteronomy 29:29.

It has been confirmed that one key to accessing supernatural supplies and provisions in the Kingdom is the Word of God. The Word is key to wealth. The buoyancy of the Word in you determines the buoyancy of your supply.

Jesus Christ is the Word of God as revealed by John 1:1-5:

So, the buoyancy of the revelation of the Word you have determines the buoyancy of your supply. This is because whatever has been revealed to you will be released for you. Deuteronomy 29:29 makes it clear:

The secret things belong unto the Lord our God: but those things which are revealed belong unto us and to our children forever, that we may do all the words of this law.

Possession follows revelation. Anywhere you see a person who is flowing in abundance, that person also flows in the corresponding revelation of that abundance. If you are to have a conversation with people like Kenneth Copeland and God’s servant, Bishop David Oyedepo, you will understand the realm from which they talk because there are things they saw from the Scripture that they have proved in their lives.

So, I counsel you to go for the revelation that will guarantee your possession.

1. Treasure the Word above all things.

2. Make up your mind to give yourself to the consistent study of the Word of God.

Lord, thank You for Your Word to me today. I receive the grace to access the revelation, light and insight from Your Word that will fuel my faith for supernatural supplies, Lord, in Jesus’ Name.

FOR FURTHER UNDERSTANDING, GET THIS MESSAGE: ABUNDANCE IN THE GLORY.

Revelation Word is the food of faith. Culled from “15 KINGDOM STRATEGIES FOR SURVIVAL” by Dr Paul Enenche.

Armenia became the first nation to adopt Christianity as a state religion in the year 301; and consequently, has produced notable people, quality educational system and good infrastructures.

Provision-pulling revelation be released for you in this season in Jesus’ Name.