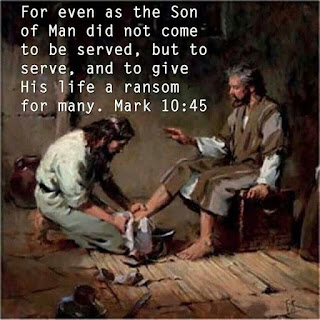 Have mercy upon us, O Lord, the God of all, and look upon us, and show us the light of your mercy; send fear of you upon the nations, and let them know you, as we have known that there is no God but you, O Lord. Show signs anew, and work further wonders. Gather all the tribes of Jacob, and give them their inheritance, as at the beginning. Have mercy, O Lord, upon the people called by your name, upon Israel, whom you have likened to a first-born son. Have pity on the city of your sanctuary, Jerusalem, the place of your rest. Fill Zion with the celebration of your wondrous deeds, and your temple with your glory. Bear witness to those whom you created in the beginning, and fulfil the prophecies spoken in your name. Reward those who wait for you, and let your prophets be found trustworthy. Listen, O Lord, to the prayer of your servants, according to the blessing of Aaron for your people, and direct us in the way of righteousness, that all who are on the earth will know that you are the Lone, the God of the ages.

Do not remember against
us the guilt of former times.
Let your compassion hasten to meet us;
for we have been brought very low. R.

Help us, O God our saviour,
for the sake of the glory of your name.
Free us and forgive us our sins, because of your name. R.

Let the groans of the prisoners come before you,
your strong arm reprieve those condemned to die. R.

Then we, your people, the flock of your pasture,
will give you thanks forever and ever.
From age to age we will recount your praise. R.

ALLELUIA Mark 10:45
Alleluia. The Son of man came not to be served but to serve, and to give his life as a ransom for many. Alleluia.

GOSPEL
“Behold, we are going up to Jerusalem, and the Son of man will be delivered. ”
A reading from the holy Gospel according to Mark (Mark l 0:32-45)

At that time: The disciples were on the road, going up to Jerusalem, and Jesus was walking ahead of them; and they were amazed, and those who followed were afraid. And taking the Twelve again, he began to tell them what was to happen to him, saying, “Behold, we are going up to Jerusalem; and the Son of man will be delivered to the chief priests and the scribes, and they will condemn him to death, and deliver him to the Gentiles; and they will mock him, and spit upon him, and scourge him, and kill him; and after three days he will rise.” And James and John, the sons of Zebedee, came forward to him, and said to him, “Teacher, we want you to do for us whatever we ask of you.” And he said to them, “What do you want me to do for you?” And they said to him, “Grant us to sit, one at your right hand and one at your left, in your glory.” But Jesus said to them, “You do not know what you are asking. Are you able to drink the chalice that I drink, or to be baptised with the baptism with which I am baptised?” And they said to him, “We are able.” And Jesus said to them, “The chalice that I drink you will drink; and with the baptism with which I am baptised, you will be baptised; but to sit at my right hand or at my left is not mine to grant, but it is for those for whom it has been prepared.” And when the Ten heard it, they began to be indignant at James and John. And Jesus called them to him and said to them, “You know that those who are supposed to rule over the Gentiles lord it over them, and their great men exercise authority over them. But it shall not be so among you; but whoever would be great among you must be your servant, and whoever would be first among you must be slave of all. For the Son of man also came not to be served but to serve, and to give his life as a ransom for many.”

According to the historical, social or cultural context, prayers, be they in words, gestures, melody or iconography, outlive those who made them. Prayer outlives generations remaining the key to all the treasure of this life and the hereafter.. The first reading, a prayer of fervent souls, acknowledges the unfathomable mercy of God. “Have mercy, Lord, on the people who invoke Your name…” In the same vein, the psalmist appeals to God for mercy and trust in His compassionate love. The merciful God answers all who call upon Him Jesus crystallizes this fact by telling His disciples that He came “not to be served but to serve and to give His life as a ransom for many. “May You, O Lord, have mercy on us and grant us Your salvation.